MY BACKGROUND AS A STORYTELLER

I began telling stories in Guadalajara in February 1994.

Guadalajara is a very special town for storytelling, because since 1992 it has held the Storytelling Marathon, organized by the Children's and Young People's Literature Seminar and the town's Public Library. It is without doubt one of the most globally significant storytelling events.

The hunger for stories in the town goes well beyond three days in June, and that was why at the beginning of 1994 an event known as Storytelling Friday was organized. The library opened its doors at 11pm and invited people to tell and listen to stories on a voluntary basis. It was in that first Storytelling Friday when, without thinking, I got up and started telling a story which changed my life completely.

A few months later, in the middle of Lune 1994, I was telling stories and getting paid for it. It was than when I began my work as a professional storyteller.

During the early years I fitted this activity in around other jobs and studies until at the end of the 90s I was finally able to dedicate all my time to telling stories and through them earn my living.

Here are a few of the most significant events I have taken part in over recent years:

SOME OF MY SHOWS

MY BACKGROUND AS A TRAINER

I have not given many storytelling courses in the almost 20 years I have been telling stories. The most interesting was a 60-hour intensive course I gave in Libertad 8 café, an emblematic place in the history of Spanish storytelling.

I have given talks and short sketches about storytelling and oral resources for other professionals (teachers, educators, mothers, fathers, librarians, etc.) and I have also given weekend intensive courses (20 hours) about storytelling in general.

You can see a proposal for an initial storytelling course (in Spanish) here.

For professional storytellers I am interested in delving into specific questions relating to our work, such as the repertoire, and other basic aspects of our day to day work, and also the creation of spaces for reflection (to think and think of ourselves as individual storytellers, as a collective and as part of society).

You can read, as an example, this proposal for a course about repertoire that I gave (in Spanish) here.

Since 2009 I have been involved in a mentoring project, and I have a pupil, Begoña, who I am accompanying through her training in the world of storytelling. We have been together for some years now, and if she is learning a lot it is true that I am also receiving a great deal; mentoring is helping me to reflect with greater depth on my work.

While Begoña is now quite capable of telling stories independently, my hope is that the mentoring relationship is not broken and we can continue to share and stay close.

You can read about the experience (in Spanish) here. 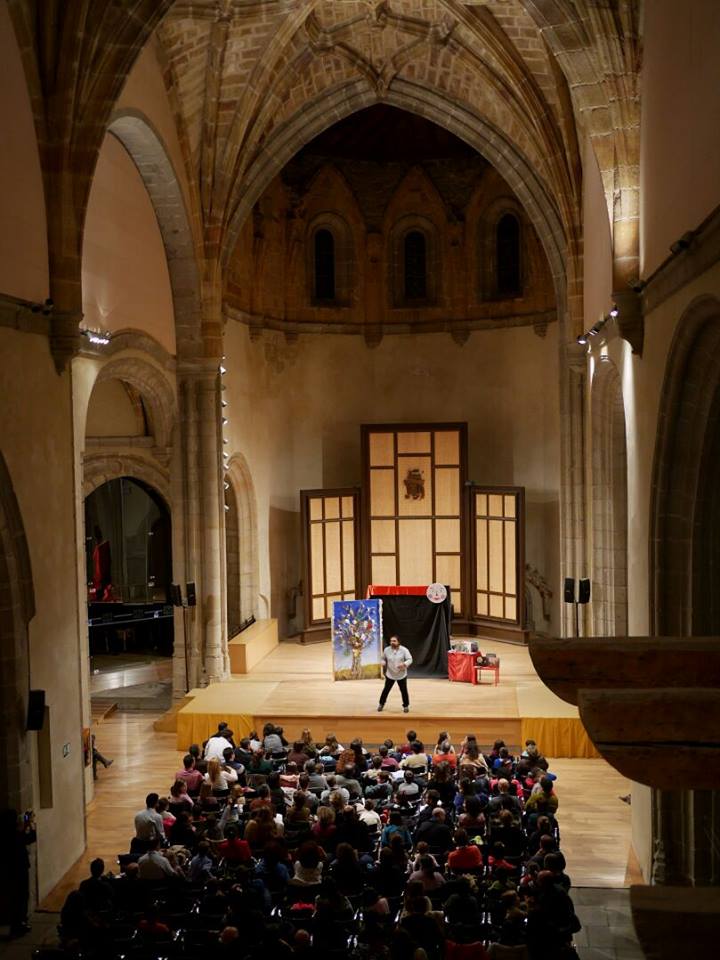